Jones Gill, LLP oil and gas attorney, Michael Jones, has been appointed as a member of the State Bar of Texas standing committee on Pattern Jury Charges regarding Oil and Gas.  His term on the committee will begin after the June 2014 Annual Meeting in Austin, Texas, and will end after the 2017 Annual Meeting in Dallas, Texas. Michael Jones is Board Certified by the State Bar of Texas Board of Legal Specialization in both Civil Trial and Oil, Gas and Mineral Law.  If you’d […]

Michael Jones obtains unanimous defense verdict in Harris County jury trial for the operator on claims of breach of a 1989 JOA. 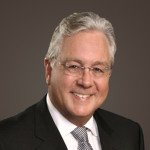 Jones Gill Porter Crawford and Crawford LLP is pleased to announce that two more of its attorneys have become Board Certified in Oil Gas and Mineral Law by the State Bar of Texas, including Teresa Smith and Dan Blake.